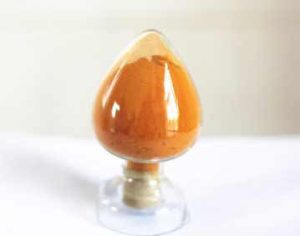 A catalyst is: “A substance or material that will change the rate of reaction without it being consumed by the reaction.”Catalysts may be consumed during some intermediate step in a reaction and be regenerated in a subsequent step.

V2O5 catalyst dust is toxic and special safety precautions are required for all personnel involved in the screening operation. Material Safety Data Sheets (MSDS) should be reviewed prior to commencing the operation.
Personnel shall wear as a minimum dust respirators, protective goggles, gloves and disposable protective clothing. Externally supplied breathing air is highly recommended for those personnel working in the converter.
Standard vessel entry procedures should be followed at all times. This should include as a minimum:

The following equipment will be required:
1.Vacuum truck or system equipped with blower, cyclone, dust filter
2.Flexible hose
3.Ventilation fans
4.Screening equipment. A vibrating screen equipped with two sizes of screen, is typically used. The first screen will separate the larger quartz rock allowing the catalyst and dust to pass through.  The second screen will separate the catalyst from the dust. The size of the screens will depend on the type of catalyst in the converter.
5.Containers for the screen quartz and catalyst. Bulk bags are generally used to temporarily store the material.
6.Additional quartz rock to make up any losses from the screening operation.
7.Fresh catalyst to make up for screening losses. Screening losses normally do not exceed 10% and are typically 5%.

1. Purge the converter and cool the catalyst beds to approximately 90oC (194oF) before shutting down the main acid plant blower(s) and the acid circulating systems.
2.Remove the necessary insulation and manhole covers. Remove instrumentation (i.e. thermocouples and thermowells) to prevent damage to them.
3.Ensure that the converter is safe to enter and all vessel entry procedures are in place and all required safety equipment is provided.
4.Begin by removing the quartz rock and catalyst in the immediate vicinity of the manway working down to the bottom of the bed. Work towards the opposite side of the converter.
5. As the temporary storage containers for the quartz rock and catalyst fill, remove them and store in a dry area protected from the elements.
6. Once the quartz and catalyst are completely removed, thoroughly clean the catalyst support grids/plate. Clean the bed separation plate located below the catalyst bed as well.
7. Perform an inspection of the converter and initiate any repairs as required.