Vanadium(V) oxide (vanadia) is the inorganic compound with the formula V2O5. Commonly known as vanadium pentoxide, it is a brown/yellow solid, although when freshly precipitated from an aqueous solution, its colour is deep orange. Because of its high oxidation state, it is both an amphoteric oxide and an oxidizing agent. From the industrial perspective, it is the most important compound of vanadium, being the principal precursor to alloys of vanadium and is a widely used industrial catalyst.

We are the vanadium pentoxide suppliers in China.

If you believe you have a use for vanadium pentoxide , contact us. 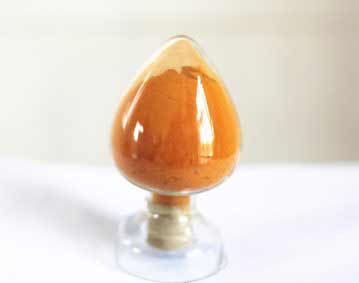 1.Vanadium pentoxide which is mainly used as the catalyst for a variety of gas-phase oxidation processes, particularly the conversion of sulfur dioxide to sulfur trioxide during the manufacture of sulfuric acid. The most frequently used Vanadium Pentoxide Catalyst contains 4–6% vanadium as vanadium pentoxide on a silica base.

3.Vanadium pentoxide can be used as a colouring agent and to provide ultraviolet filtering properties in some glasses. Normally, the vanadium content in the batch materials is less than 0.5%.

4.A potential use of the material is in automobiles, to improve exhaust emissions. The benefit of vanadium pentoxide in this area has been long known.

STORAGE AND HANDLING PRACTICES: All employees who handle this material should be trained to handle it safely. Minimize all exposures to this substance. Avoid breathing airborne dusts of Vanadium Pentoxide. Use in a well-ventilated location. Open containers slowly, on a stable surface. Keep container tightly closed when not in use. Inspect all incoming containers before storage, to ensure containers are properly labeled and not damaged. Store containers in a cool, dry location, away from direct sunlight, sources of intense heat, or where freezing is possible. Material should be stored in secondary containers, or in a diked area, as appropriate. Store containers away from incompatible chemicals. If appropriate, post waming signs in storage and use areas. Empty containers may contain residual Vanadium Pentoxide; therefore, empty containers should be handled with care. Do not perform any welding, cutting, soldering, drilling, or other hot work on an empty container until all liqUid and vapors have been cleared. Use forklifts or other material handling equipment when moving large containers of Vanadium Pentoxide (to prevent back injury or other potential physical injuries)